Since starting this project I developed a new vice for acquiring memorabilia about the line.  I found a couple of awesome timetables booklets from the Great Northern Railway and the Union Pacific Railroad recently in an antique store in Lewiston.  They are from 1950 and 1951.  Passenger service came to Grangeville on the line until 1955. 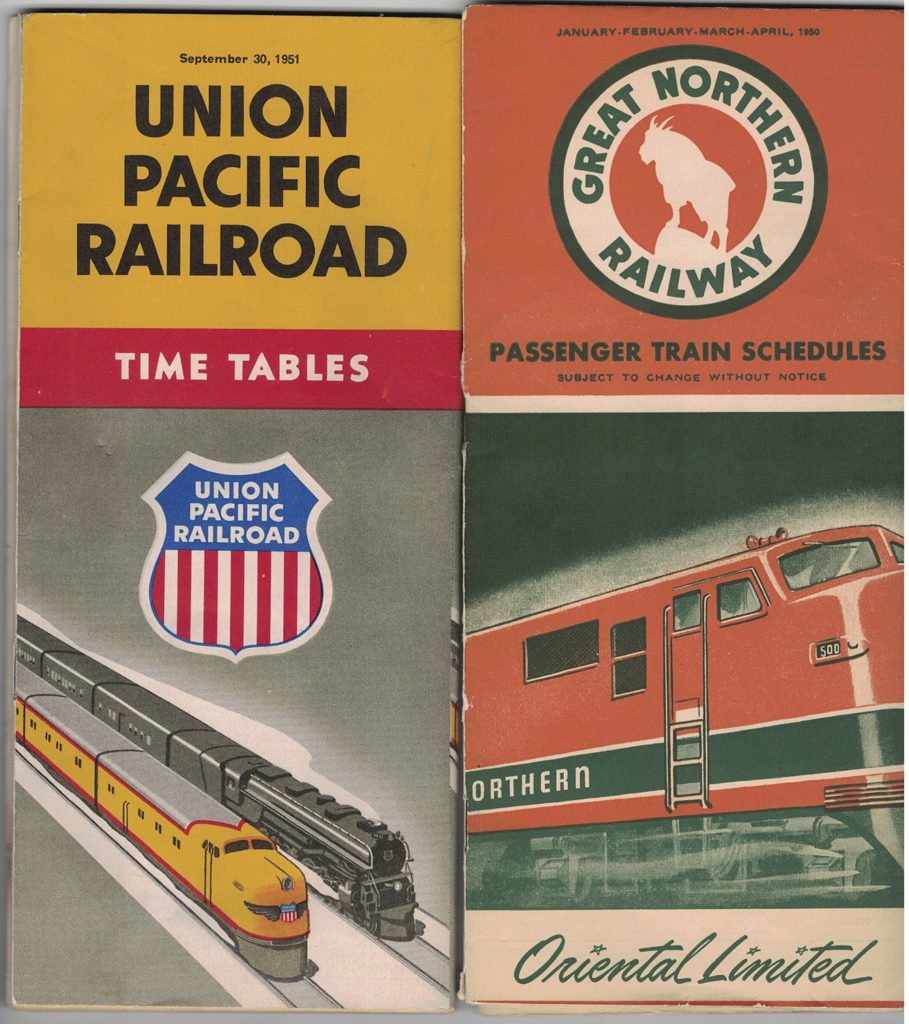 This chart from inside the Union Pacific booklet shows the times for the Camas Prairie Railroad.  The printer must not have had the “:” because they substituted it with a “.” which made me think it was a price at first look.  It looks like it took 2 hours and 45 minutes to get from Lewiston to Grangeville.  That’s not too bad considering the terrain it went over.  Now we drive 70mph (umm, I mean 65mph ;)) and make the trip in about 1 hour 15 minutes by car.

Here is the price chart.  If only you could pay that amount now!  A whole $28.90 from New York to Los Angeles.  If you figure in inflation the price in 2017 dollars is $266.78.  That still sounds pretty good to me for all the way across the country.  I just searched Amtrak and it looks like things haven’t changed that much.  It would take 3 days to get there, but the price is $235.  I also checked Kayak.com for flights though and found for the same day you could make the trip in 6 hours non-stop for $139.  Wow! 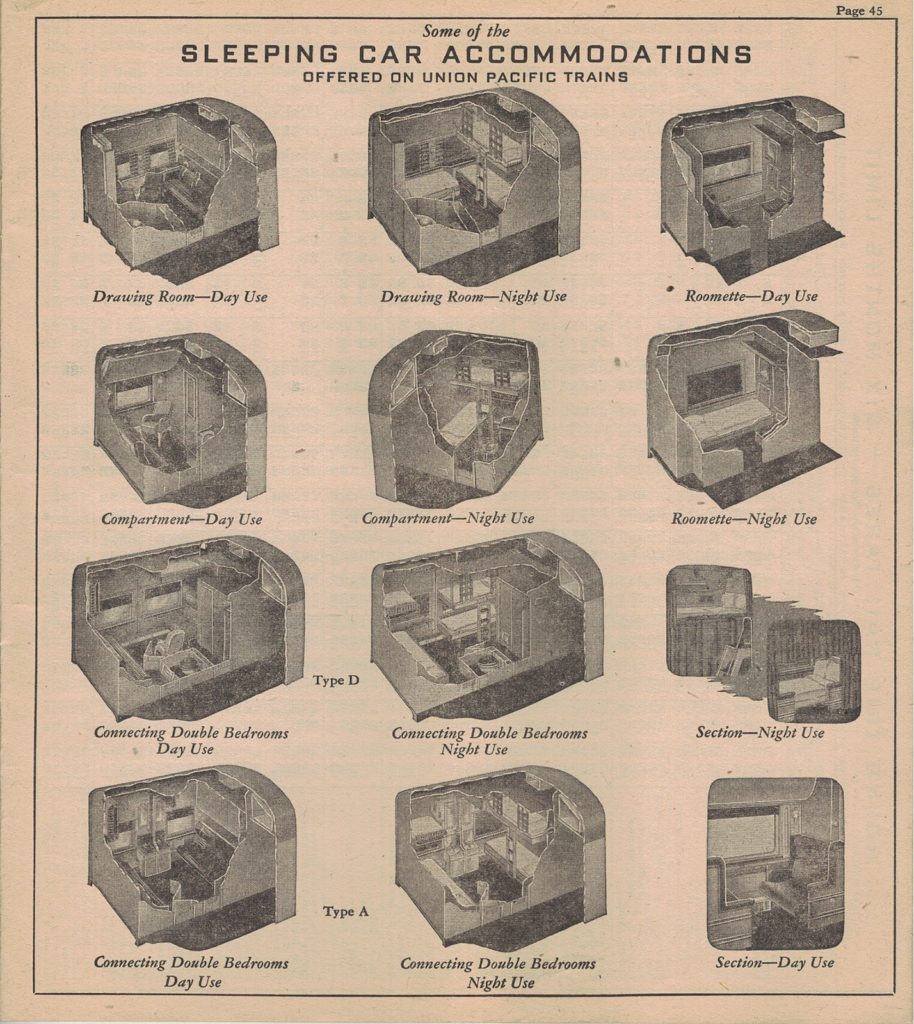 Hey, remember how this is a post about the landscapes and photography?  I just did.

Here is a map showing the ground I covered along the abandoned railway in this segment. 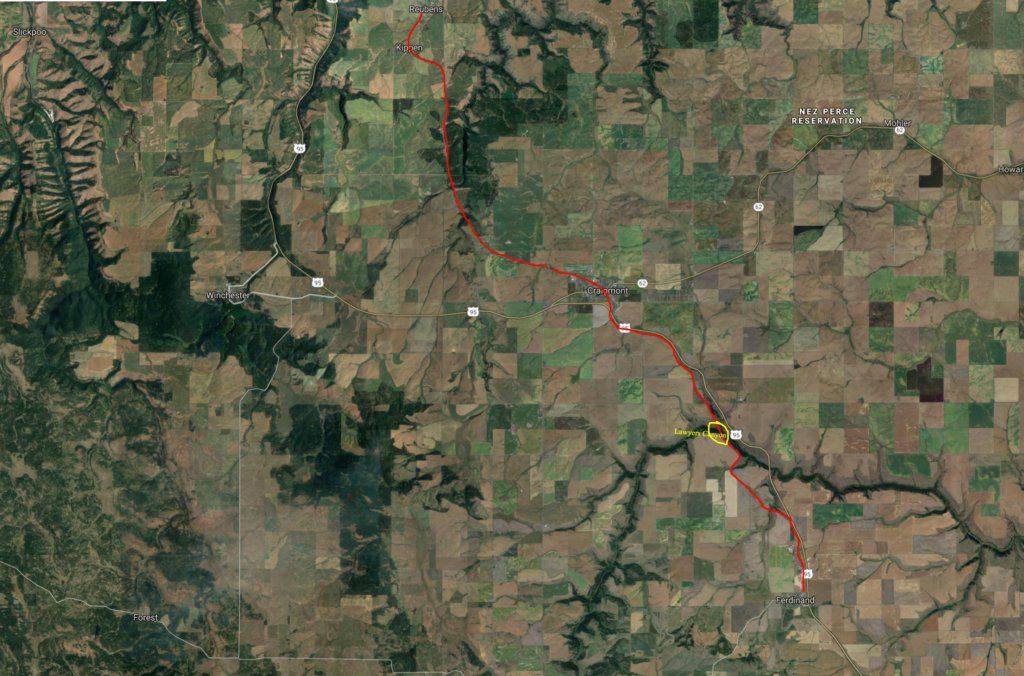 I rode my ATV on this part of the trip also but it didn’t work out as well as part 1.  The tracks and ties from Grangeville to Ferdinand have mostly been torn up, but there are a bit of tracks still intact along this part.  This made the ride rather bumpy and slower.  Craigmont was a total mess because even though the tracks are there, they are blocked in a few spots by industrial operations.  I had to go around a bit in that area.

There were a ton of wildflowers along the way.

The Lawyers Canyon Viaduct is really long and high.  I am pretty sure people passing on the highway thought I was crazy riding an ATV over it.  I have heard stories of people driving over it in pickups though. 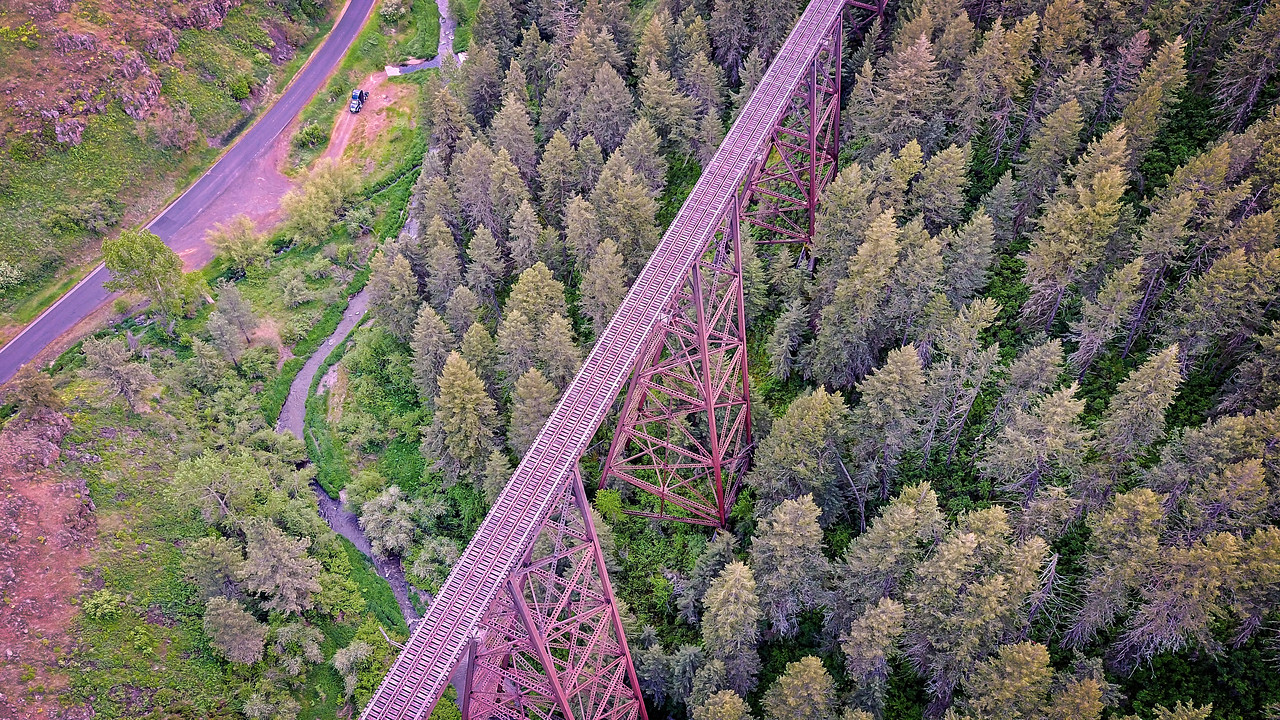 Here’s a shot looking across the beast.

On the way back to my pickup I discovered an old schoolhouse that I was unaware of.

There are a lot of cool pics of this trip in the FULL GALLERY . Please check it out.

Part 3 of the series is here!  It was an amazing adventure going through many tunnels and over bridges on the huge grade that the trains had to climb.  There is one tunnel that is curved so when you get to the middle of it you can see no light at the end of the tunnel.  Thanks for reading!