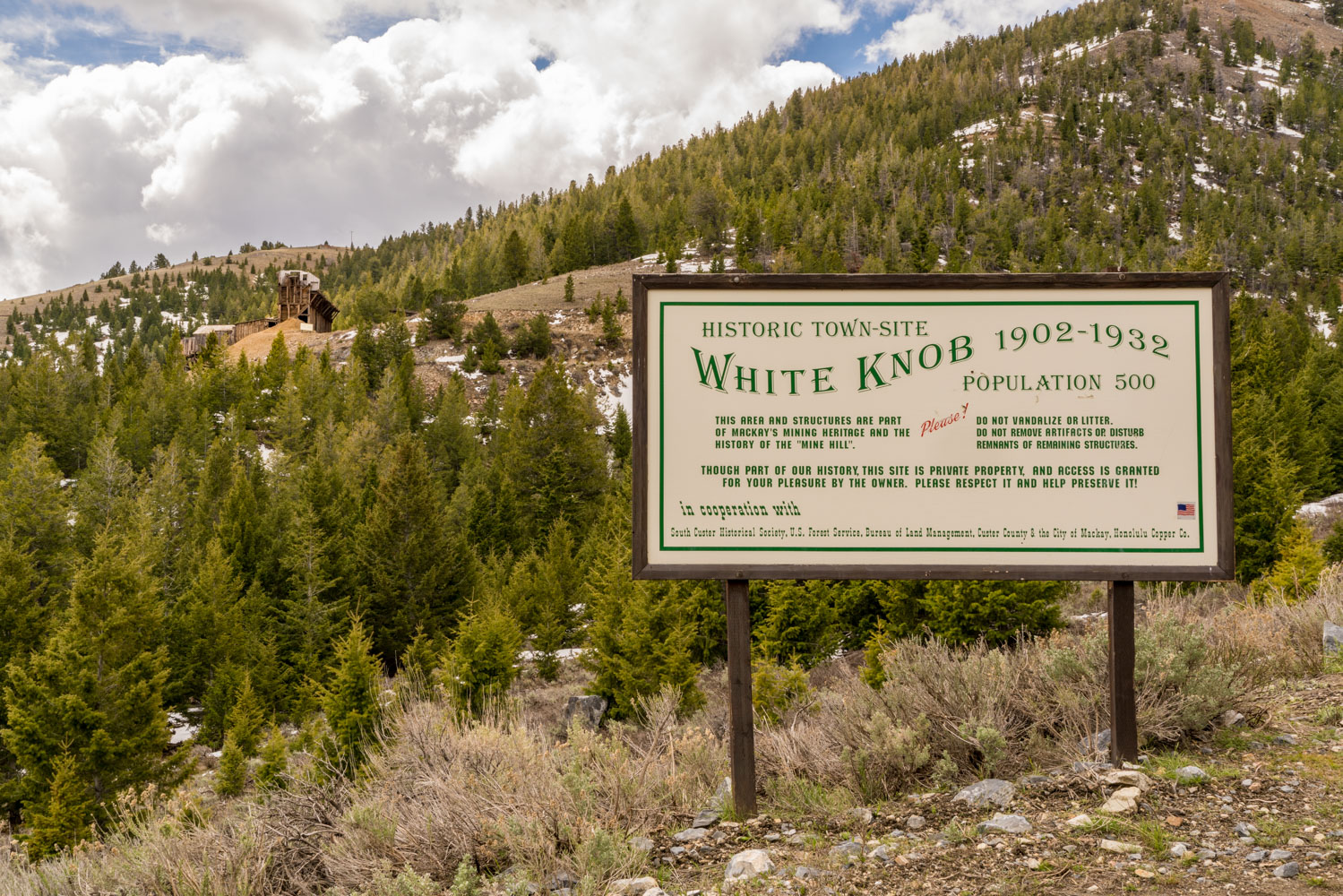 White Knob Idaho began after the discovery of copper in 1901 by Wayne Darlington.  The landscape surrounding Mackay and White Knob is rough and rugged with amazing

vistas of snow-capped mountains and a lush valley.  Like many of the mining towns in Idaho, White Knob is located in beautiful and rough terrain.  I have seen several great pictures of the tram head-house online and this area was on top of my bucket list.  When the  Idaho State Historic Preservation Office offered a guided tour by the Mayor of Mackay, I signed up.  Mackay (pronounced MACKee) was named for John Mackay, one of the partners who the Comstock lode in Nevada made very wealthy.Wayne Darlington who owned the White Knob mine convinced Mackay to invest in his mine.  John Mackay arranged to have train tracks brought in from the Blackfoot area and connected to the Oregon Short Line Railroad.  Mackay sadly never visited the town since he died in 1902.

This guided tour was a guided ATV tour put on as part of Idaho Archaeology & Historic Preservation Month.  There are TONS of ATV trails in the area that I want to go back and explore! 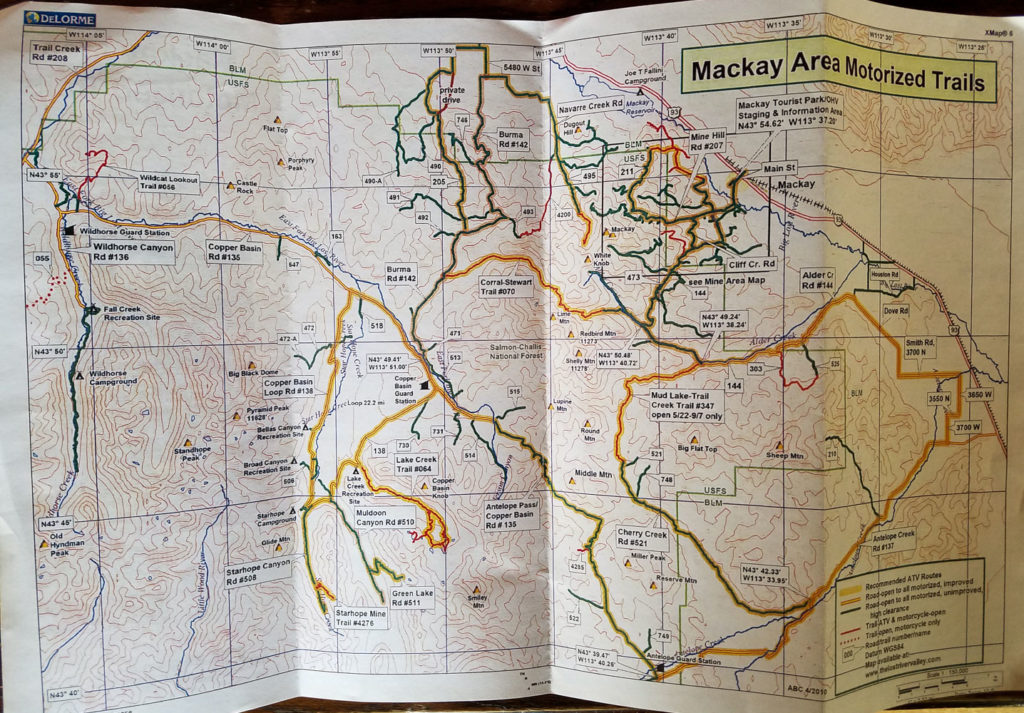 My daughter and I felt excited to enjoy a day of beautiful views, rustic old buildings, and Idaho history. As we waited for the group to assemble we wandered around Mackay and got a few shots.

After a brief introduction in the city hall, we followed the mayor and fellow tour guests to the edge of town and up the mountain toward White Knob.  The first stop was a very interesting museum display set up at the bottom of the tram.  This was just the first of many amazing vistas.

Inside the building at this site were some more incredible displays of mining history.

After another stop at a tramway tension tower, we rode on to the first awesome old degrading building.  If you follow my work, you know I love this sort of thing.

There were several others, including this restored cabin.  Although life could be really rough back then,  can you imagine a more beautiful place to live and work?

Here is a view of the trail.

The icing on the cake of this whole tour was, of course, the tram head-house.

Having a local history buff as a guide was great.  Mayor Olsen gave us insights into the daily lives of the people and made the history come alive to us.  For instance, he told us that some of the more adventurous miners would jump in those tram buckets and ride them down to the bottom on Friday afternoons.  That is definitely more adventurous than I would be.  The difference between a normal tour and a photography tour becomes clear when you go on a normal tour.  Lol, I think I could have spent hours at this site alone exploring different angles, lighting, textures etc… Normal people would go crazy waiting for me though so I went along to the last stop on the tour.

There are great historical signs along the entire tour so that people know what they are looking at while on a self-guided tour.  We had a great time and would highly recommend that you check it out if the opportunity arises.

Here is a video I took with my DJI Mavic drone from the air.

If you like these pictures, please check out the full gallery to see the others of Mackay and White Knob.