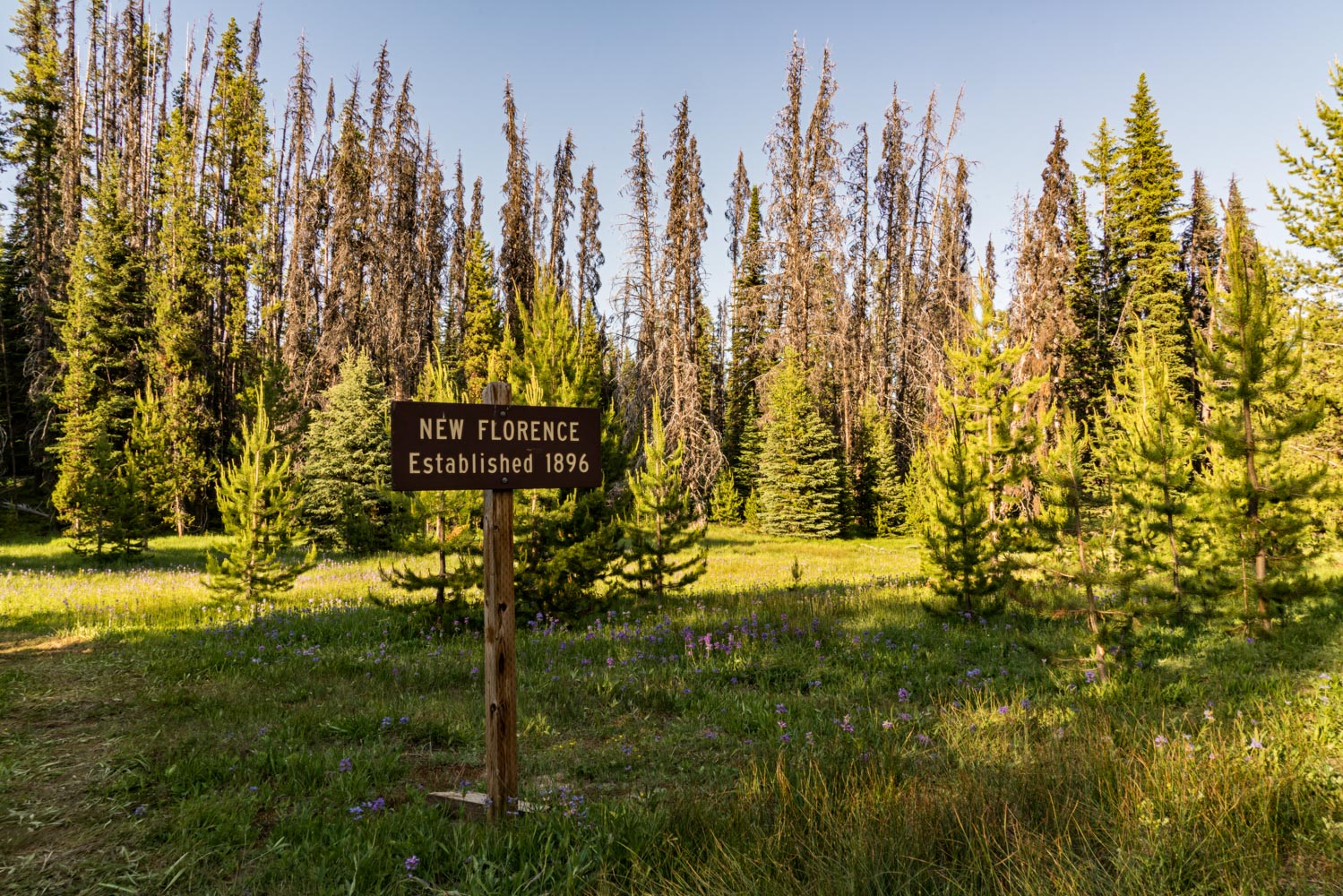 A question that seems to come up often when people learn of my passion for photography is “What got you into photography?”.  This is an attempt to  record an answer to that question here on my blog.  I don’t remember the exact date but it was somewhere between 1999 – 2001 I believe when we first

went to the ghost town of Florence. I had heard a little bit about it from one of the clerks at a grocery store in Grangeville. I was the Frito-Lay delivery man at the time and was intrigued that at one time, an hour and a half out into the forest, there was a town of around 10,000 people. When we visited that first time, something sparked inside of me while I took pictures of the log ruins and read the history on the signs there. I still have that interest in the history and people of these deserted places that I am drawn to. I always wonder who they were and what their stories are.  That’s what started my photography and what still drives it today.

Florence was even the county seat of Idaho County at one point. To put this in perspective, Grangeville, with it’s population of just over 3,000 now,  has been the county seat and the biggest city in Idaho County since Florence gave up the title.  Gold was discovered in The Florence area in September 1861 by a few miners taking the long way home from other gold fields and prospecting along the way. Word traveled quickly when gold was discovered in those days and despite the rough terrain and brutal winters the area was flooded with prospectors.  As with many of the mining camps, structures were hastily built out of necessity and they didn’t survive well till today. They were more concerned with finding gold than nice housing.  The easy gold was all mined by the 1870’s and Chinese miners began to take over. They were willing to do the more difficult work.  There is an abundance of historical information on Florence that you can find at Wikipedia and the links at the bottom of the Wikipedia article.

The drive from Grangeville to Florence on the Grangeville – Salmon Road is beautiful and winds through the Nez-Perce National Forest.  Although it’s only around 30 miles into the forest, It takes quite a while to drive that little bit. Take some lunch and drinks because there’s lots of exploring to do. Do not go prospecting because most of it is still claimed and being mined by individual miners today. Also be careful around ruins and mining shafts as they can be very unstable and dangerous. Another VERY important item to take with you is plenty of mosquito repellent. I had forgotten how vicious and plentiful the mosquitos are the last time my daughter and I went there. It was a little tortuous.

There are a few interpretive signs around Florence telling the history. My favorite is the one at the cemetery.

There are wooden tombstones that I am guessing the forest service or someone put in at some point because they all look to be the same age and I’m sure they are not 150 years old. One interesting headstone states ” Savester Scott, died Jan. 1862, native of Kentucky, killed in gunfight”

There are many headstones for unknown people and also some dips in the ground where the Chinese miners were exhumed. The history I read about the Chinese miners is that they would have to pay the Chinese mining companies that brought them over a $3 tax and that covered getting their remains shipped back to China in case they died. Every 10 years the company would send crews around to dig them up and ship them off to their homeland. 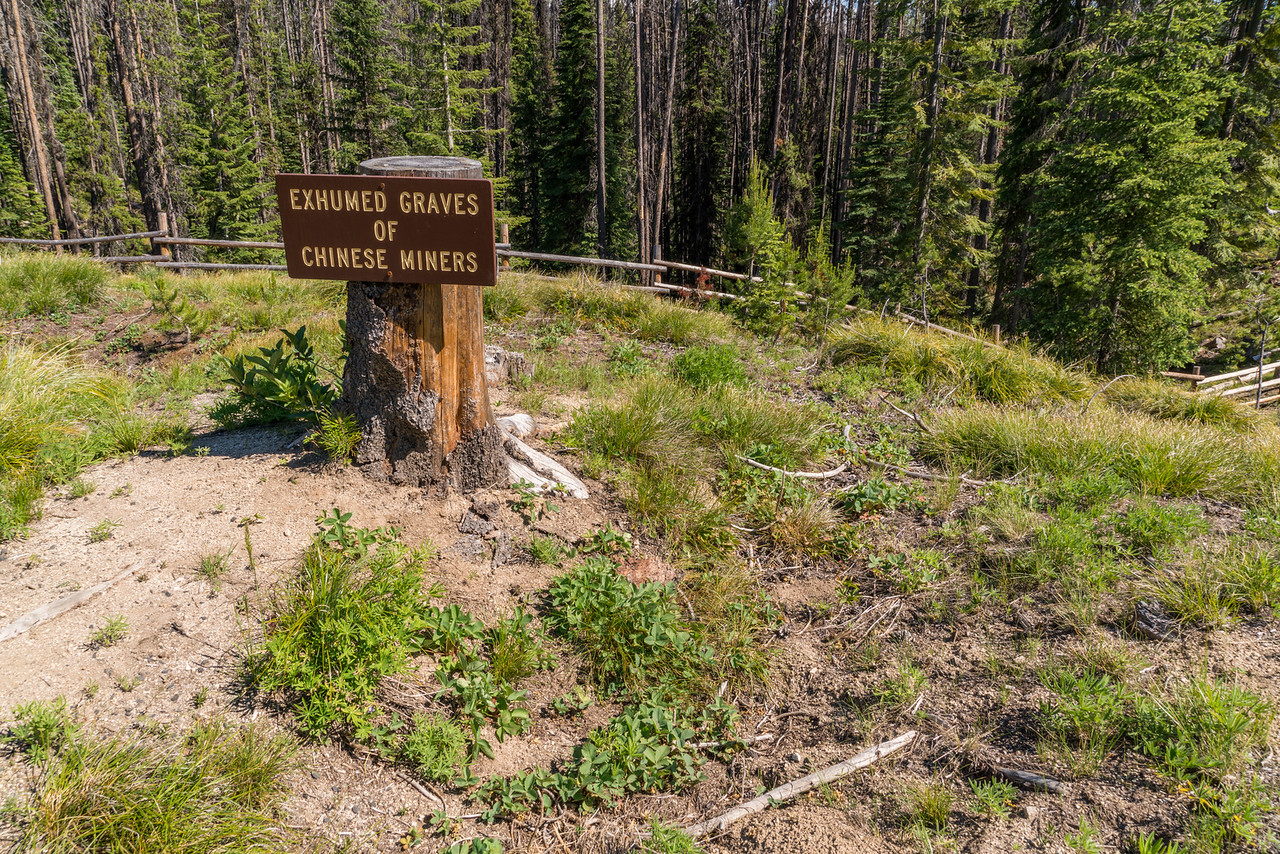 . You can also view it without those by panning around you can see all around you. The video was taken with the Ricoh Theta S Digital Camera (Black)

There are plenty more cool shots from Florence in my FULL GALLERY.