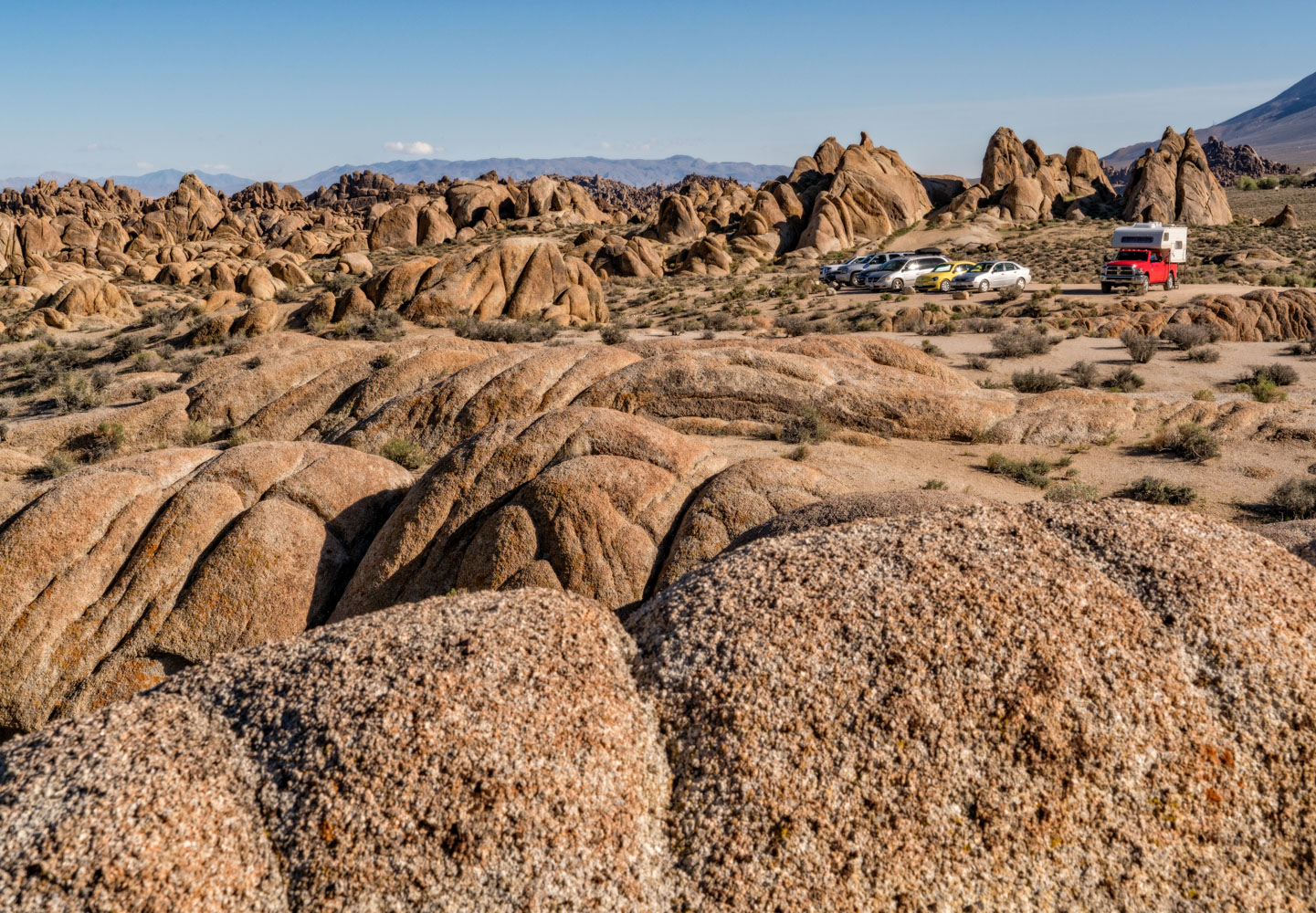 A friendly suggestion led me to an awesome discovery.

I was on a road trip to meet up with photographer friends that I made while I was an apprentice in Beau Rogers’ cohort at The Arcanum. Beau put this trip together and several of us were meeting up at different times during the week to see the desert superbloom and a few really great locations.  I love road trips and I was glad to meet my fellow apprentices in person.  We had all helped each other improve in photography over the last several months online.  I drove from Boise to Bishop California one long day and Beau texted me to ask where I was. I sent him this pic and told him to guess. He guessed right that it was Bishop California! He and a few others were checking out Anza-Borrego Park, The Salton Sea and Joshua Tree Park before meeting up with me at Trona Pinnacles. Beau suggested that since I was coming through Lone Pine that I should check out the Alabama Hills. I had one more day before meeting them so I decided to do just that. Going through Lone Pine I noticed The Lone Pine Film History Museum so I stopped there before checking out the Alabama Hills. Im glad that I did. Hollywood has been using the Alabama Hills as a favorite location for movies, tv shows and commercials for decades. After my education I drove up to the hills and walked around taking pics of course. This shot is of “The Eye of Alabama”. 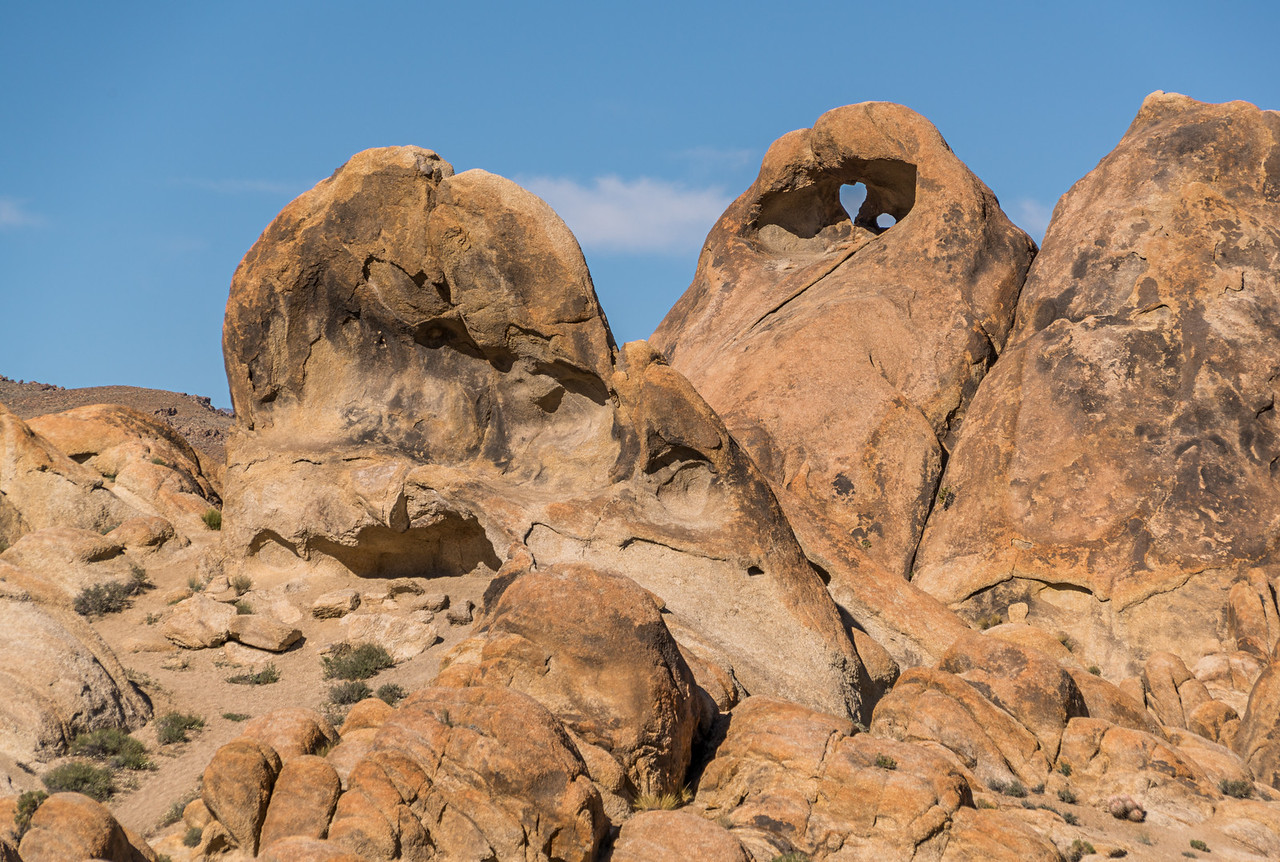 I found a couple wildflowers also. 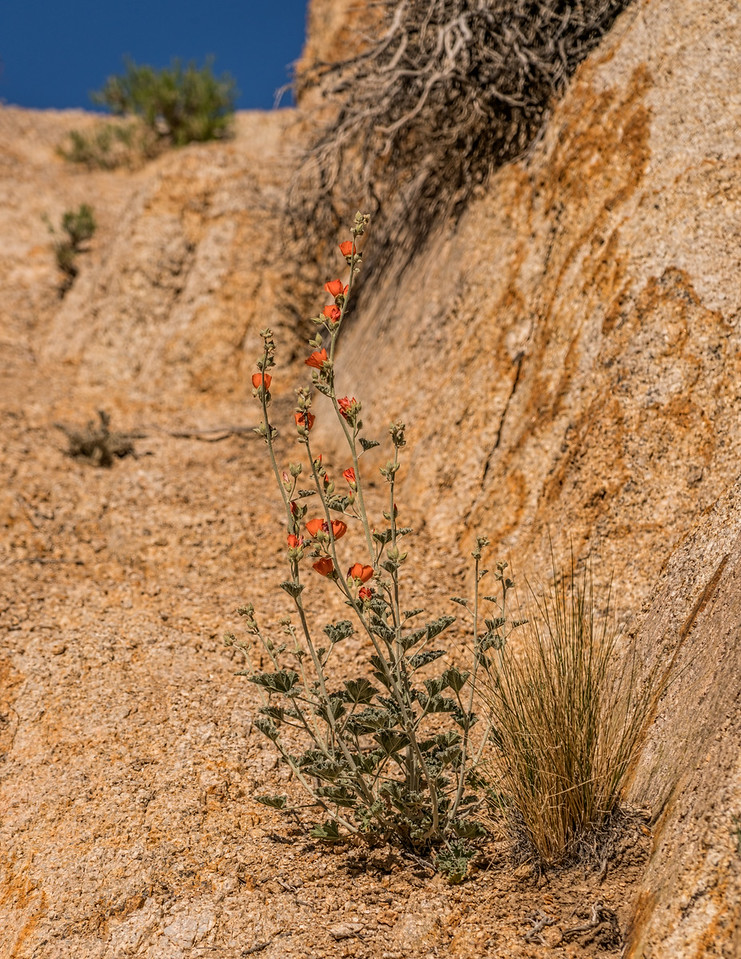 On a whim, I called my cousin Hollie who has some of the same spur of the moment blood that I do and asked her if she wanted to come see me since I was just across the mountains from her. It turns out that the Sierra Nevada’s are a bigger obstacle than we thought but she drove the 3 1/2 hours anyway. By the time she got there it getting dark and we had fun as I taught her how to do some night photography. She had quite a challenge with her tripod slowly retracting as we were doing long exposures. We had some good laughs though. Here’s a night shot with Mount Whitney in the far background. 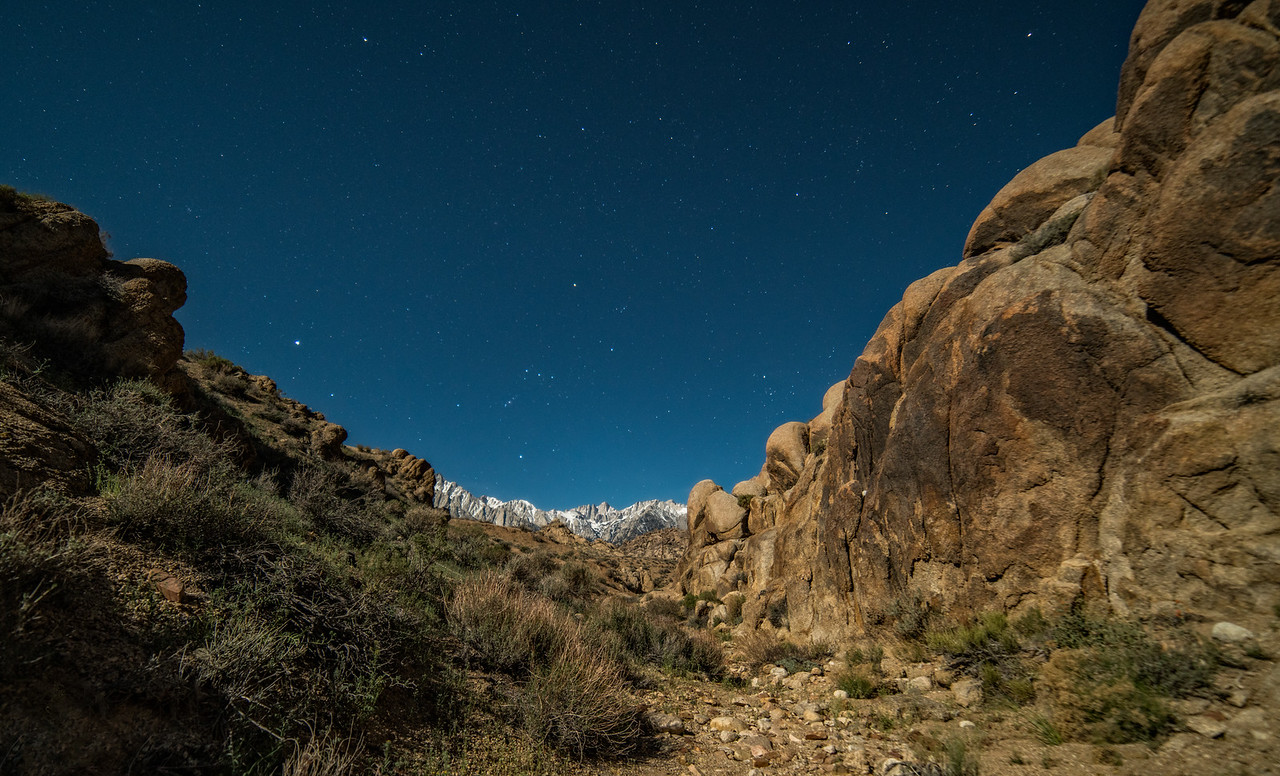 I took my night shots with my Rokinon 14mm lens. It’s  a nice lens for an economical price. If you are looking for one, click here for more info. 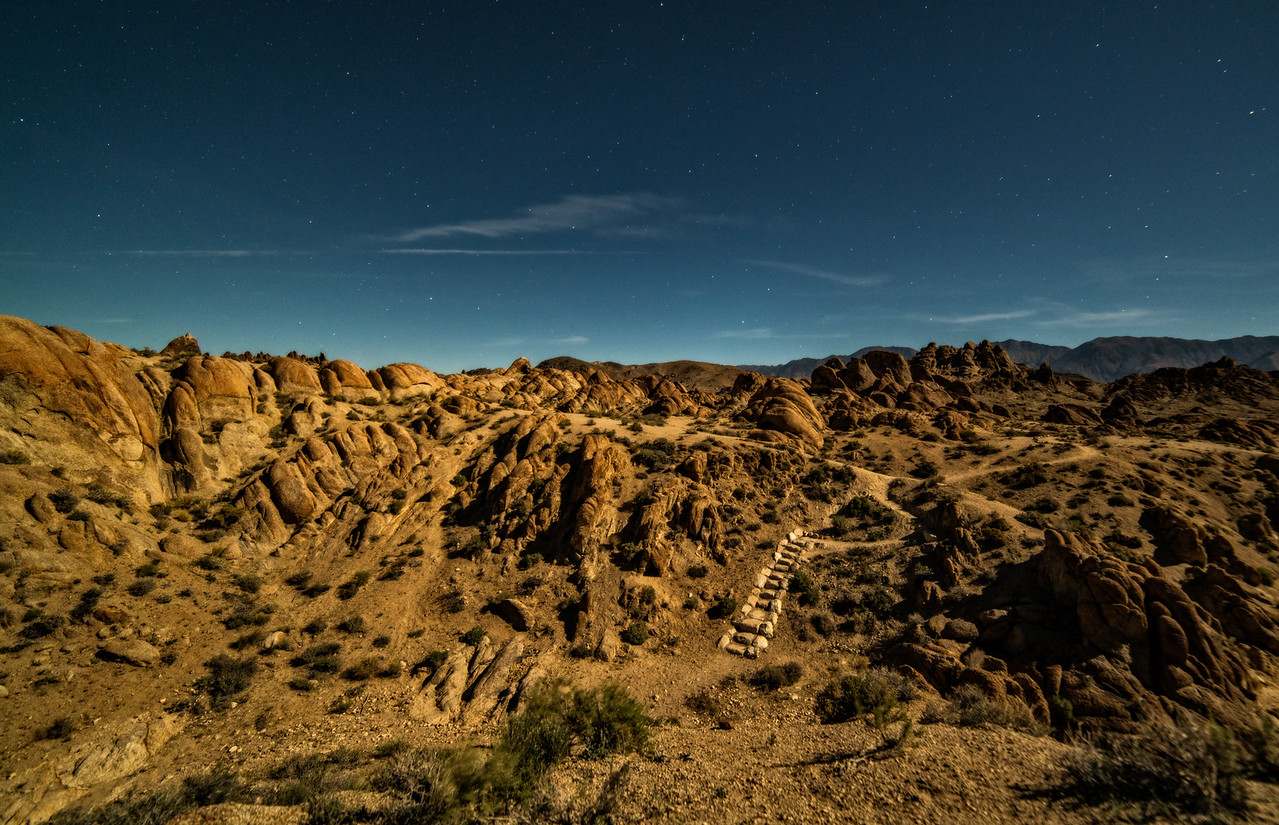 The moon was very bright and provided some cool shadowing.  I also had a happy accident with this next shot when I didn’t realize that I had pressed the shutter and then turned the camera on the tripod. It made for an interesting double exposure. 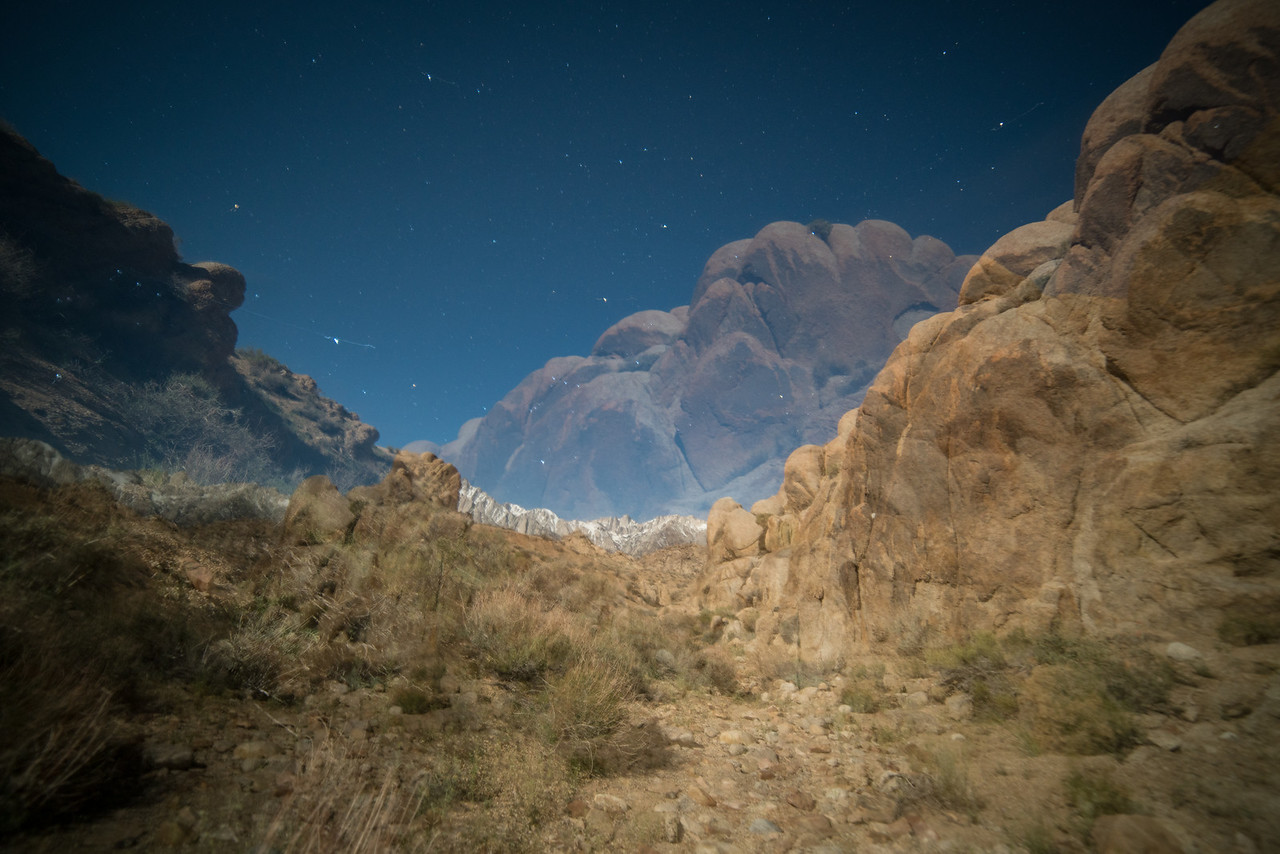 Make sure to watch for my story about Rhyolite ghost town. I had another “accidental” shot there that was a little scarier.

To see my other shots from The Alabama Hills click here.  I visited The Laws Railroad Museum on the way here. Read that story here.

Check out my friends work also: