As I mentioned in my previous post, I met up with some fellow photographer friends from The Arcanum in the southern California desert.  This post is about a very interesting place that we camped at before going into Death Valley. The first thing I noticed when rolling into Trona was a huge mountain of white stuff next to some industrial buildings. I thought maybe it was salt, but after googling about it I believe it is borax. That’s alot of soap. After all of that excitement, I drove on through the little town which looked like it had seen better times for sure. A little outside of town I turned down a dirt road and drove a few miles out into the desert toward these really cool looking Pinnacles.

I was there before my friends because they had a flat tire on the way. I found us a good spot to camp and used the time to roam around taking some images of the wildflowers and the Pinnacles.

Eventually Beau and Vinod arrived and after exchanging stories for a while we set up for some sunset pictures. There was a slight breeze that kept blowing the flowers around and made it difficult to capture them because I was also trying to capture the sunset and was using a slow exposure. Finally I compromised and cranked up the iso to 4000 so I could get my shutter speed a little faster.

I love shooting into the sun and creating the sunburst rays.

After dinner, I wandered around some more and did some long exposure shots of the pinnacles by moonlight under the stars.  I like those shots the best out of what I got there.  In this next image I framed some of the pinnacles in the distance with the two in the foregound. The moon was very bright, so I hid it behind one of the pinnacles. 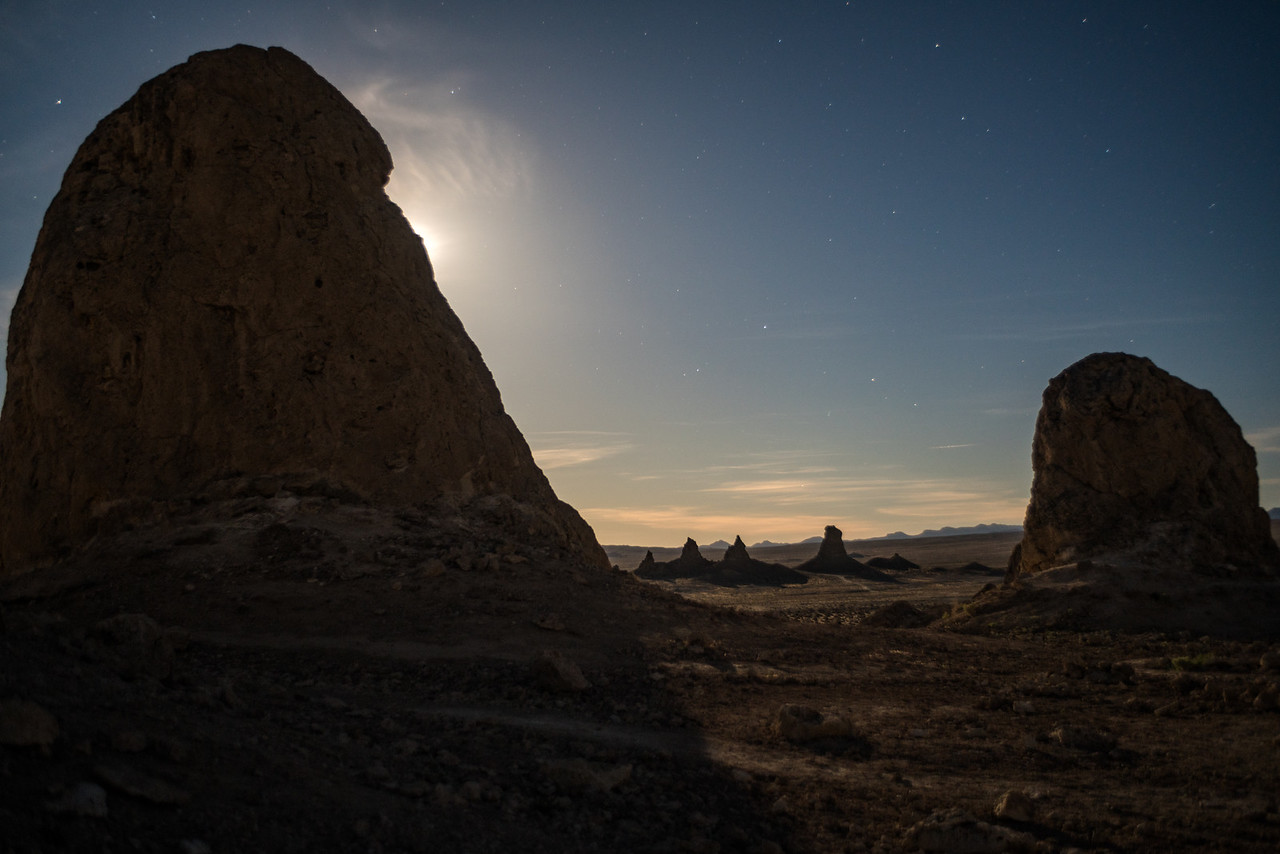 Here’s a video shot shortly after sunrise with my quadcopter.

The next day we were off to Death Valley and the “racetrack”. I will have a post about that day soon.

To see my full gallery on Trona Pinnacles click here.

Have you ever been to the Trona Pinnacles?