Atomic research plays a big role in the history of eastern Idaho.  I recently learned that the first city in the world powered by atomic energy was Arco Idaho.  Scientists first made usable power from a nuclear reactor in 1951 at the National Reactor Testing Station.  The Army, Navy, and Airforce were also busy researching and experimenting at the time.  It was while listening to the audiobook called Idaho Falls: The Untold Story Of America’s First Nuclear Accident , by William McKeown that I first learned about much of the atomic history of Idaho.  The book is mostly about the gruesome accident with the Army test reactor SL-1,  but also mentions the Airforce plan to build an atomic powered jet bomber airplane.  They actually accomplished building and testing the jet propulsion engines and you can see them at the EBR-1 Museum.

There are some informative signs next to the reactors.

As you can see on the sign, in “operation wiener roast” they proved that the nuclear engines would not explode in a crash.  I am sure it was a totally safe idea.  Although William McKeown mentions in the book that they considered using older men to pilot the bomber since they were going to die soon anyway, so the massive exposure to radiation wouldn’t be as bad for them.  I might have paraphrased that a little.

The reactor powered jet engines actually worked, but the program was scrapped by President Kennedy.  It looks like it would take a lot of work to get them going again.

The museum wasn’t open for the season yet when we were there, so we didn’t get to go inside.

This place reminded me of the “Fallout 4” game that my son has been playing lately.

After checking out the EBR-1 Museum, Cassie and I grabbed some lunch in Arco at Pickles Place, “Home of the Atomic Burger.”

The “Atomic Burger” was delicious and not glowing at all.

Arco has a submarine display at the city park also. 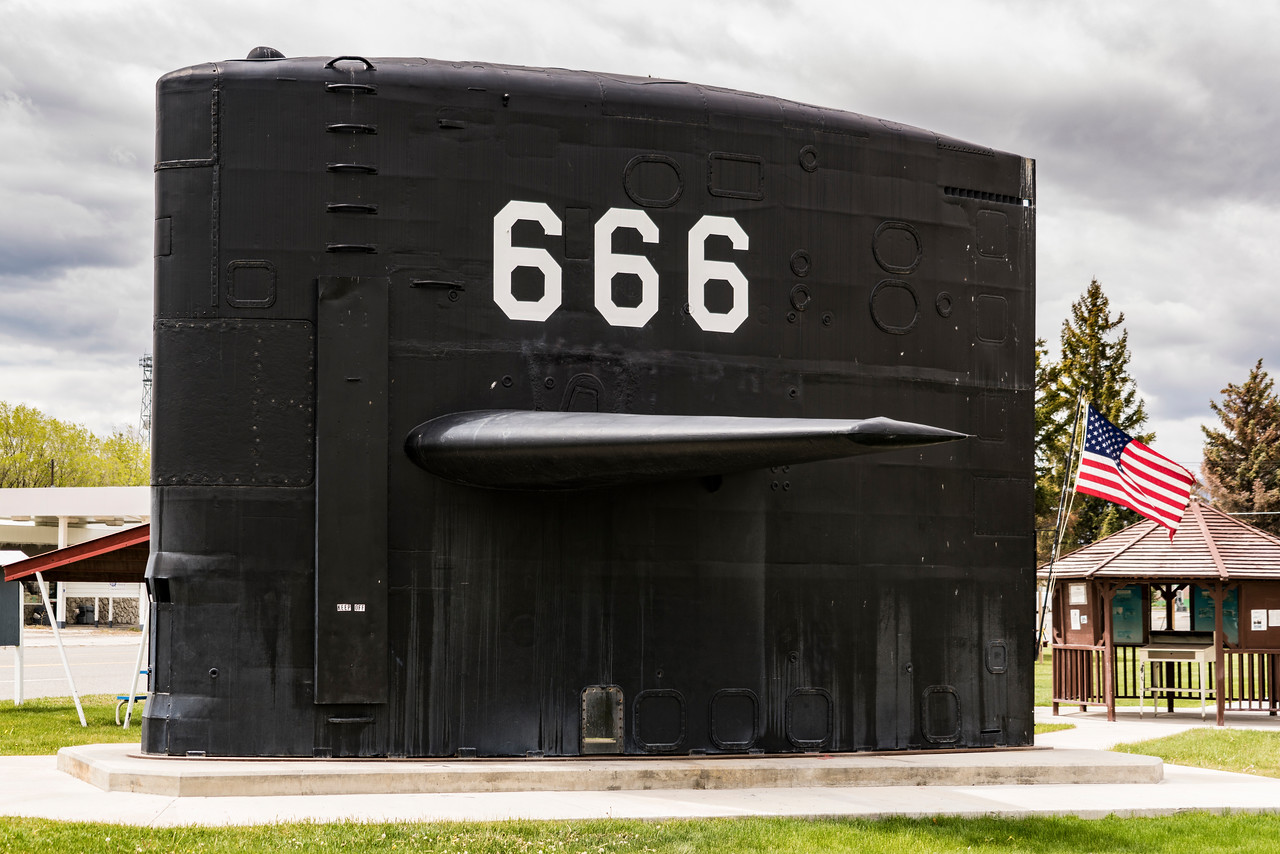 With a name as cool as this, I had to check it out.  They have a dirt race track there and some interesting storage facilities.

Also, there was this awesome old fire truck.

Check out my FULL GALLERY to see many other pictures of the area.