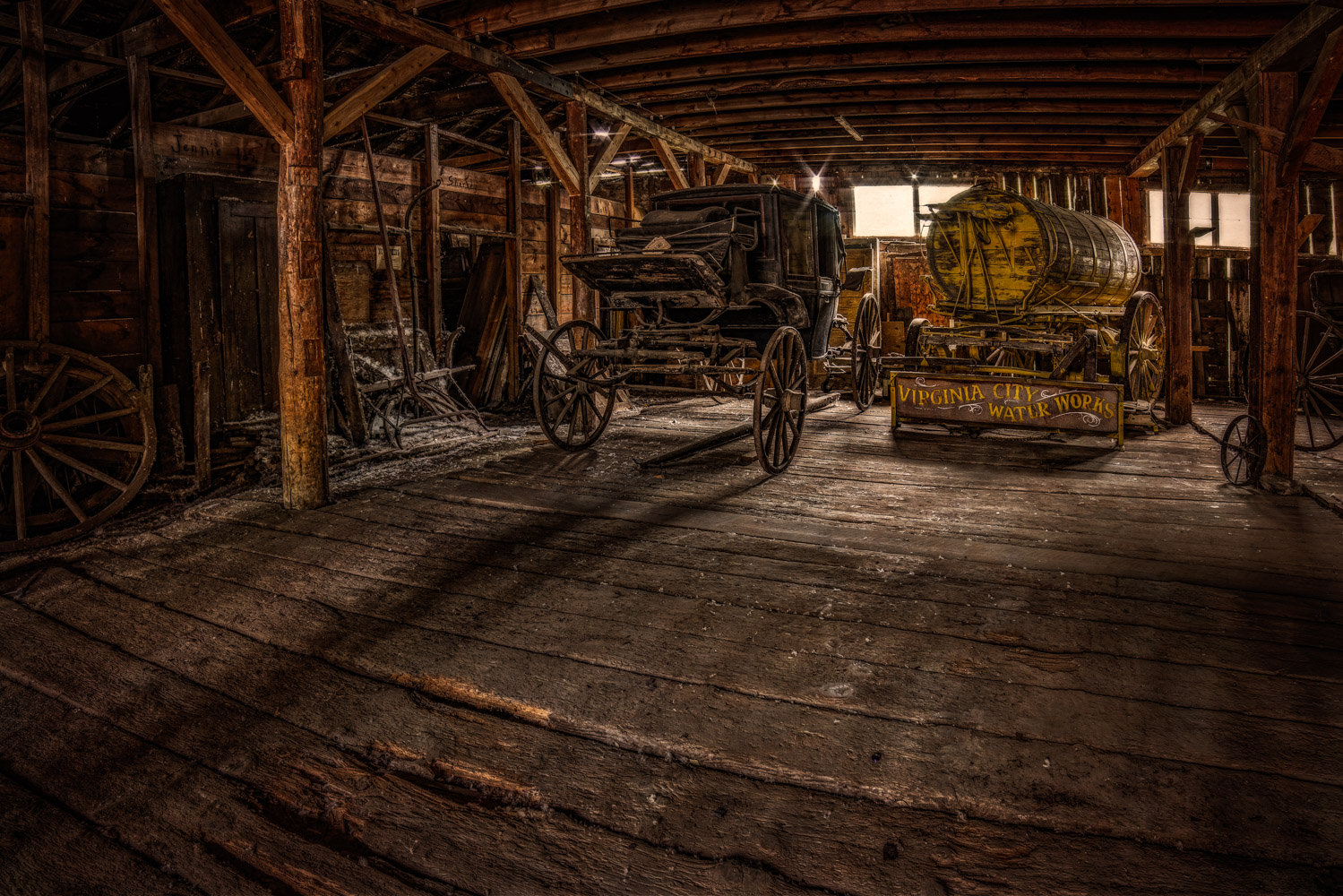 Virginia City, Montana – A step back in time

I love Virginia City and it’s close neighbor, Nevada City.  Virginia City is an old gold mining town, turned tourist and history lover town.  It’s just an hour and a half north of West Yellowstone, which makes it a convenient side trip if you are visiting Yellowstone National Park.  If you ignore the paved Main Street, it’s easy to picture yourself in the 1860’s in this wild western mining town.  I have been there twice now, and will definitely be going back.  Virginia City is host to many events each year that would be a lot of fun. I wanted to do this event last year, but couldn’t make it:

“It was about four o’clock in the afternoon on May 26, 1863, when a ragged, trail-weary party of six men decided to make camp beside a mountain stream whose course they had been following since early morning. The men knew they were only a few days away from the gold camp of Bannack, which they had left in early February. Since leaving Bannack, they had experienced a series of ill-fated adventures; including their failure to rendezvous with a larger party of prospectors led by James Stuart, and being captured by warriors of the Crow nation. After selecting their campsite, four of the men walked back upstream to do some gold prospecting before dinner. Bill Fairweather and Henry Edgar remained behind to take their turn at “camp duty.” Bill walked a short way downstream to look for a good spot to picket the party’s horses for the night. Bill soon returned to camp and told Henry that he had noticed a site where a piece of bedrock was exposed along the creek bank. Fairweather asked Edgar to help him prospect the site and, as Edgar recalled, “Bill got the pick and shovel and I the pan and went over.” Fairweather led the way to the site, shoveled some dirt into the pan Edgar was holding, and told him: “Now go’ he says, ‘and wash that pan and see if you can get enough to buy some tobacco when we get to town.’” What Bill had discovered would prove to be one of the richest gold deposits in North America, and would be the seminal event in the history of Montana.”

There are several cool choices for lodging in town or in nearby Nevada City.  Some of my best photograph’s have come from this awesome little town!  As always, you can buy prints and wall art, like metal and canvas prints, directly from my gallery.

I went for a walk at sunrise one morning and captured the rustic goodness in the morning light.

Check out these wagons!

Many of the buildings are  museum displays.

Here’s a couple of 360 degree panoramas that I took with my Ricoh Theta S  360 camera.  Click and drag around to view all around you! 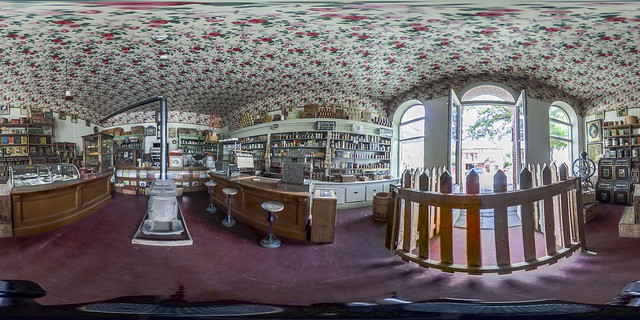 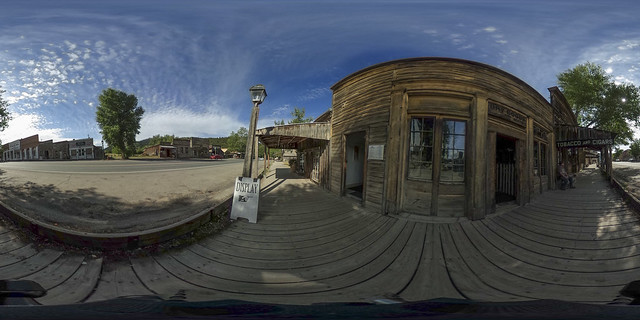 I took a lot of these 360 pics.  You can see more by checking out my Flickr folder.

I also had a custom hat made at Ritter Custom Hats.  I wrote a blog about that here. If you want to see more of the awesome shots I got in Virginia City and Nevada City, go to the full gallery. Watch for my blog on Nevada City soon.

Do you have any towns like this in your neck of the woods?  I would love to hear about them in the comments below!