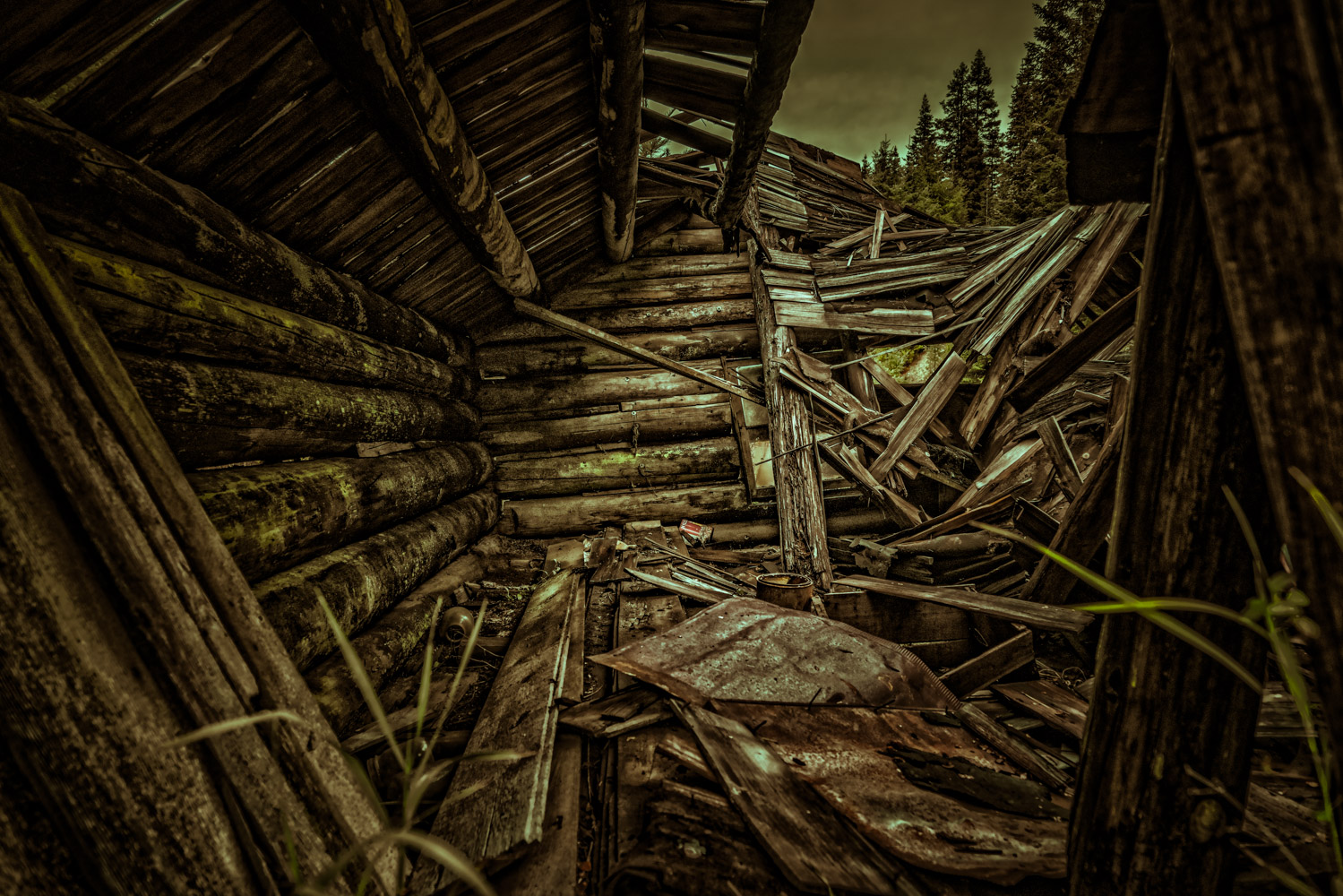 There is a ghost town in the forest of North Central Idaho that I didn’t know existed.   I found it while exploring a small forest road that was overgrown, steep and a little scary.  I even had to move a small tree out of the road to get through.  What I found was so cool though.

It was a beautiful fall day and the sun had come out again after many days of rain.  I was out driving in the forest to see what I could discover.  This little trail, that seemed like it was a road at first, turned into a steep and winding mushy mess with nowhere to turn around.  My big red pickup took up all of it and then some.  The brush was lightly scraping down the sides of my poor pickup.  This might deter some of you from going on, but anyone who has explored with me can tell you that I will keep going.  I couldn’t turn around anyway, right?  That left one direction,  up the side of the mountain and around the next corner to see what is there.  I came to a tree laying across the road, but there was no way I was backing down that path.  I got out and pulled the tree to the side with my bare hands.  Well, mostly……I ran over the rest of it.  Up the road, I drove and bounced as the brush closed in around me.  There was a point that I came to a fork where I could turn around.  I had to make a decision at this point.  Should I turn around or press on a little more?  After all, except for the smell of the trees and the quiet peaceful forest, I had not really discovered anything yet.  So I went right because it was down hill and I thought at least it might take me back to the highway and I wouldn’t have to back track.  I was of course, wrong, but after a mile or two I came around a corner and saw this.

I was so excited but depressed at the same time.  You see the road going to it had a gate and lock and many signs saying to stay out.  It didn’t look like it was an extremely old lock, so I respected the signs and just snapped the shot you see.  I would so love to go in and document this awesome piece of history.

Just as I was getting back in my pickup, I heard an atv coming down the road from in front of me.  Soon, a man on an atv came into sight, and as he stopped next to me on the little road, I was in his sights.  I say sights because there were two rifles strapped on the front and they were pointed my way.  As long as he didn’t grab one, I figured I was safe, though.  I introduced myself and told him what I was up to.  Then I asked if he knew anything about the stamp mill.  He turned out to be really friendly and we talked about the property and how people have come along before and vandalized and stolen the owners’ property.  The person who owns the claim is a descendant of the miners who once used it.  He said I could probably go take pics and he didn’t think the owner would mind, but they would be coming along sometime, because they were farther up the road hunting.  I didn’t feel comfortable with that, so I asked him if there were any more old buildings up the road.  He said that his father used to have the next claim up the road and that I could take pics on the outside there.  He also said before I got to that claim that I would pass the old hotel.

I drove a little farther and was pleasantly surprised that the claim my new friend spoke of had several old buildings, a mine shaft, and rusty stuff galore.  I can’t tell you where all this is though, because I agreed not to.  If people would respect other people’s property, there would be a lot fewer problems in the world.  If you find someplace like this,  enjoy it and take pictures.  It’s a shame that people break windows, trespass and destroy these places.  Even if no one now cares about the place,  others after you will be able to have that same great feeling of discovery and wonder if it doesn’t get torn up.  Since others have ruined this place before,  I can show you the pictures but not the site.  See the FULL GALLERY of this mining camp in my galleries. 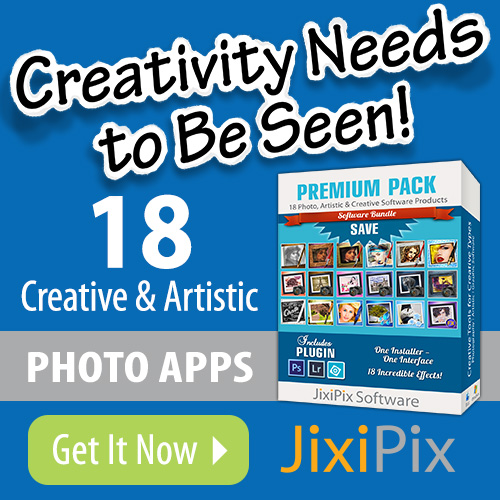 Everything was locked up and posted to keep out!

I did try a forest version of the awesome urbex abandoned pictures that I see on the internet.  I put my lens right up against the glass of the remarkably unbroken window to get and HDR shot of the inside of this cabin.  It looks like only rodents have been there for a while.

Here’s one more shot of a cool rusty relic that I loved the look of.  I don’t know what it is.  I would guess that it’s a generator, air compressor, or welder.

What do you think it is? Put your answer in the comment section below and share to support Rustic Lens Photography.

You can purchase prints or downloads of these and many more images in My Gallery .

You can also help me to bring you more stories and photography like this by clicking this Amazon link if you are planning on purchasing anything.  Thank you!