While exploring Eastern Oregon I discovered The Oregon Trail Interpretive Center.  I was at breakfast in Baker City and I picked up a visitor guide to look at while I waited.  The guide had an ad for the interpretive center that caught my attention, so I decided to check it out.  On the way up the mountain I was treated to a beautiful view of Baker City and the surrounding valley.  After paying the entrance fee I drove up the mountain and parked in front of the circled wagons. 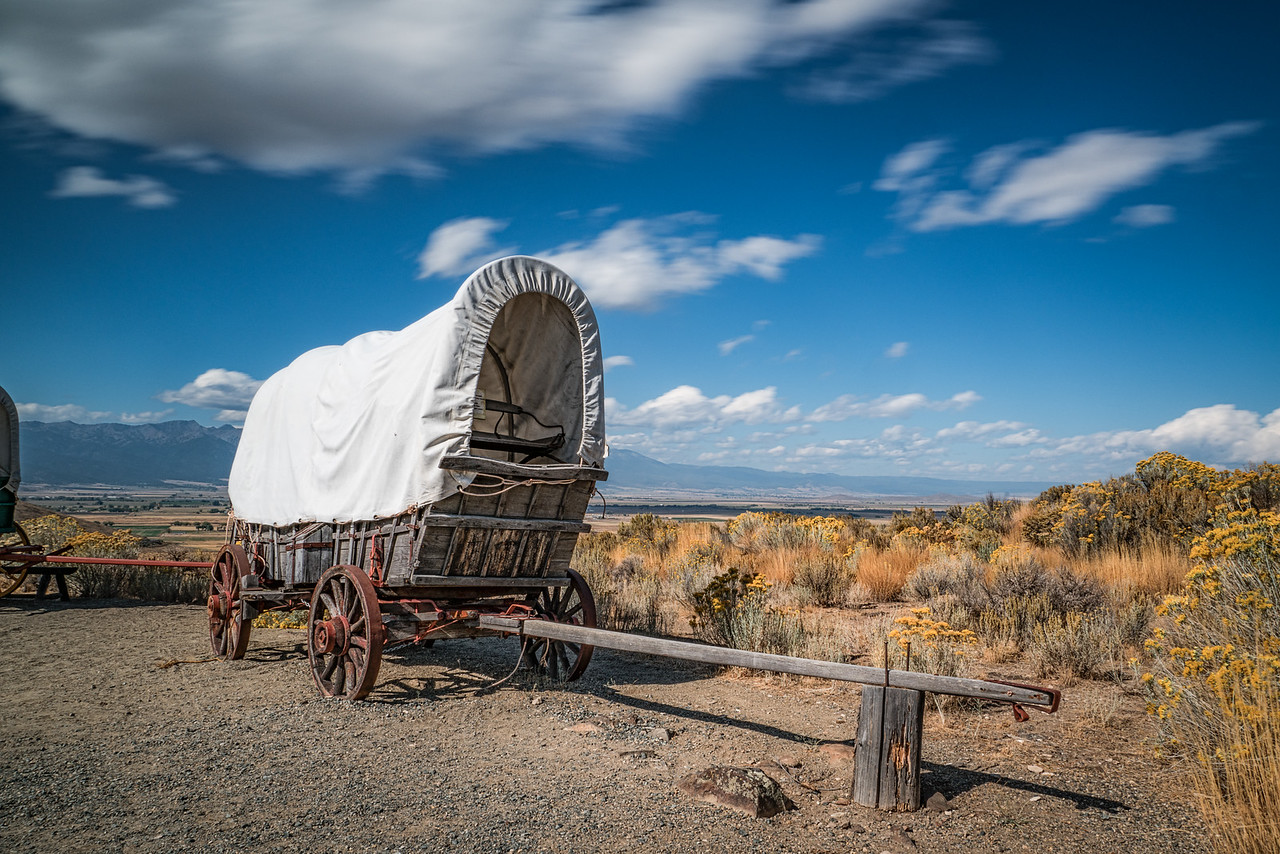 One of the circled wagons.

I really enjoyed looking them and finding interesting compositions for my pictures.  This next shot was to give you the feel of what the view was like for the pioneers.

Ride in the back.

I could see a wagon in the distance, way down the hill, and I figured out that it was in the actual wagon ruts.  So off I went on the walking path to get down there.  On the way down there’s an old stamp mill display set up.  Stamp mills would crush the larger rocks up to free up the gold or other valuable minerals.  On this image, and on most of the others, I used my ICE 10 stop ND filter

to let me take a longer exposure and show the movement in the clouds.  I also used my favorite editing program,  ON1 Effects 10 ,to make them awesome.

It was over 2 miles down to the ruts. Luckily, it was a pleasant fall day and I was the only one on the trail.  That’s just the way I like it.  Finally I reached the wagon I had seen from the top.  It was a surreal feeling to be standing on the actual Oregon Trail that was used by nearly 400,000 pioneers to claim and populate the northwest for America. 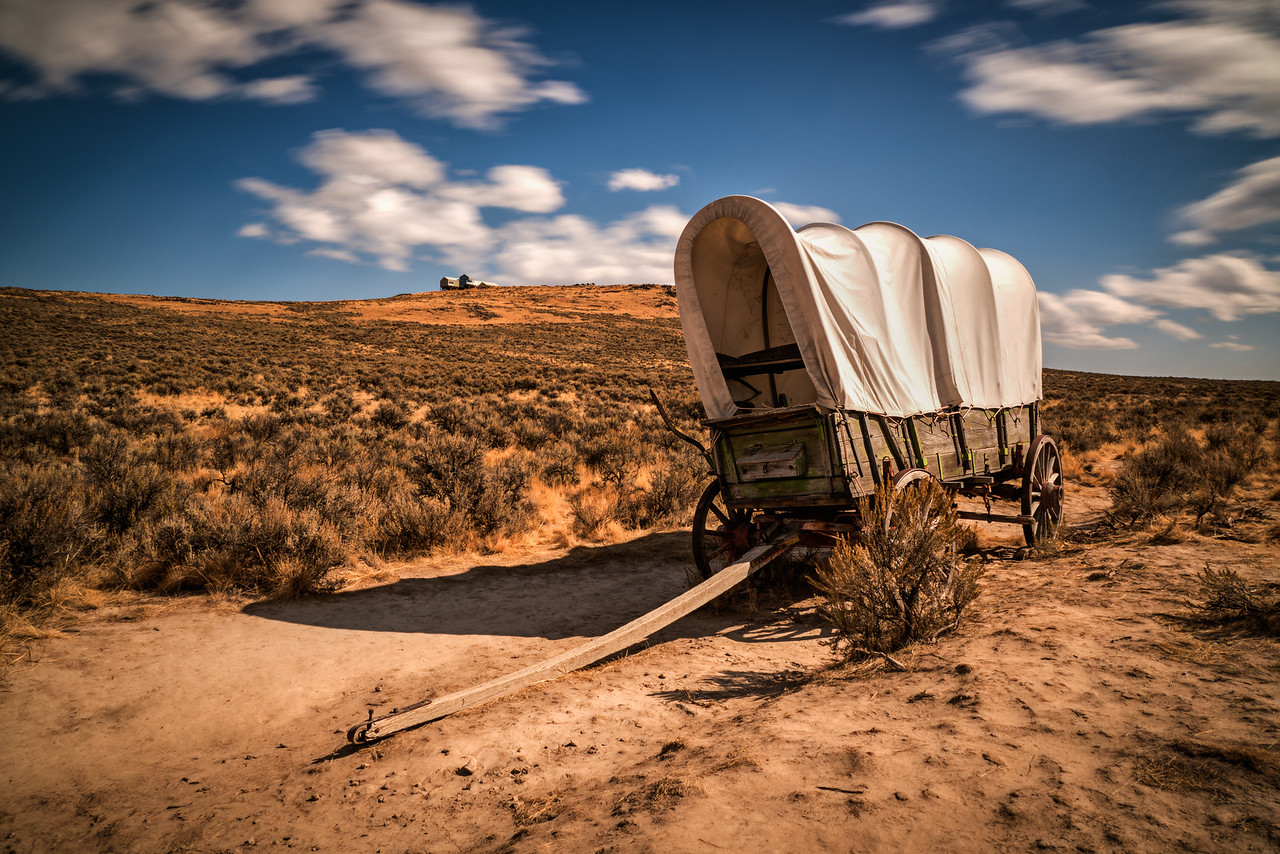 Along the Oregon Trail.

You can see the Interpretive center on the hill way up in the background.  Many of the people who used the Oregon Trail walked the whole 2170 miles, so I feel a little wimpy saying that it was quite the workout walking back up to the Interpretive Center, but it was.  It took the pioneers around six months to travel the trail and, as you may remember from the game that we played in school, there were many deaths from disease, snake bites, accidents etc.. 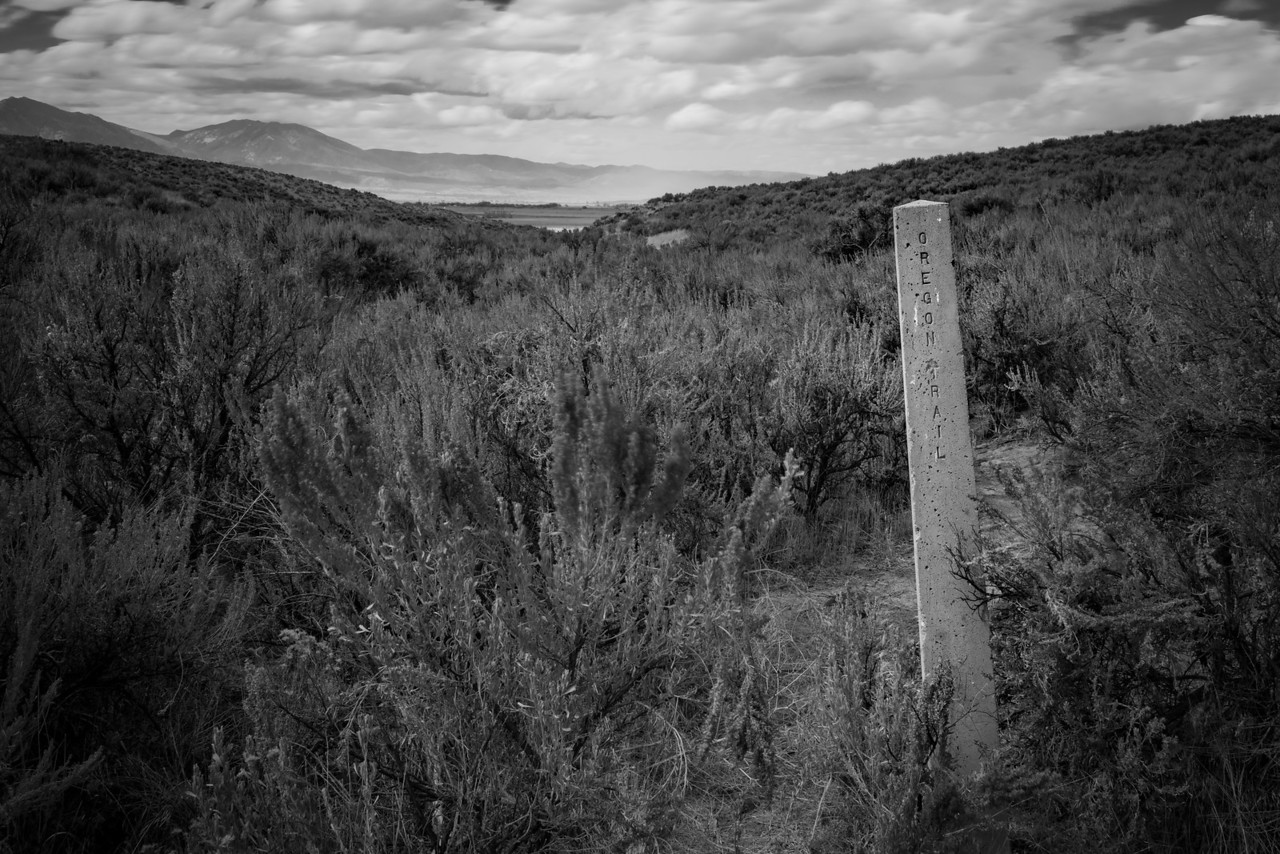 Black and white of the concrete marker.

After making the journey back up the mountain, I checked out the Interpretive Center building.  They have a really awesome display set up inside.  There’s also a theater, restrooms, and gift shop.  You can find more info here.

I also took some really cool 360 degree immersive photos that I have posted on my facebook page.  These were taken with the Ricoh Theta S Digital Camera

.  You can also see MORE PHOTOS from this trip in my full gallery.

More Views Through the Rustic Lens: